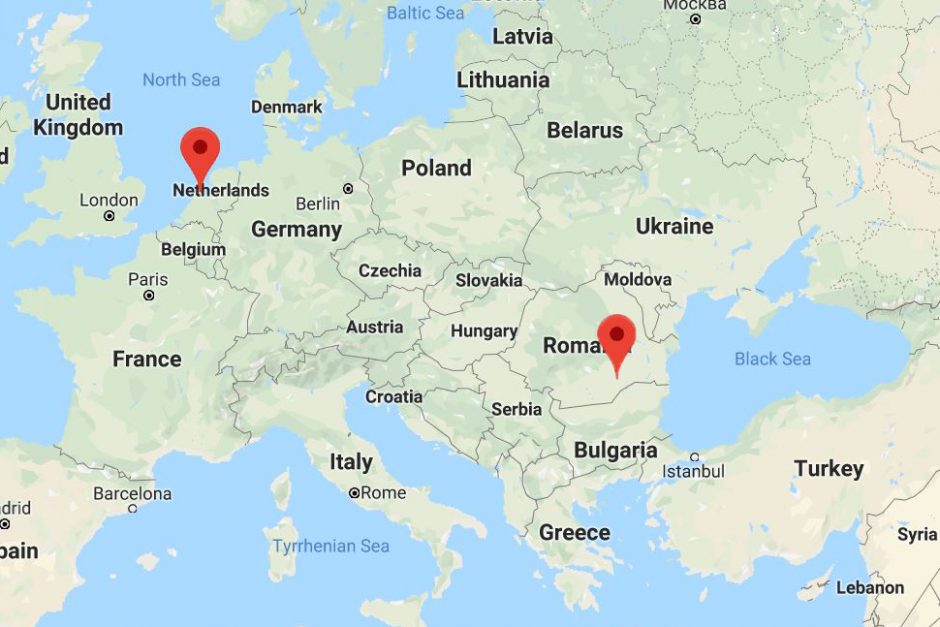 Although I am not a religious person, the last couple of years marked Easter and Christmas becoming very meaningful events for me because they now represent the only moments during which I get to see my whole family and from which I feel I cannot miss. Last year (2018) we decided to celebrate Easter one week earlier, not because we were so eager to smash red-painted eggs, but because there was no other way for me to come home. Since most people in the country I live celebrate Catholic Easter, that is when the national holidays are. Naturally, this is the only time during which I can score two days off uni, therefore squeezing a 4-day weekend out of my usually fully booked academic calendar. And I’m sure I’m one of the lucky ones – tens of thousands of Romanians cannot come home for Easter at all. In fact, many cannot visit their family and friends back home because they send all the extra money they make there to the remnants of families whose members have to endure a life with the minimum Romanian wage.

You have certainly heard about the statistics showing that between 2010 and 2017 Romania lost more than 3.4 million inhabitants due to emigration, representing 17% of the entire population. The only country that surpassed this figure is Syria. Syria, the country where there is a war and dozens of other humanitarian disasters. There is no conflict of such magnitude in Romania. However, why did millions of people run like it’s a war there?

I am 21. Almost three years ago I decided to take a leap of faith and move to the Netherlands all by myself in order to study and live a life full of possibilities. Did I want to leave my family, the country I was born in and everything I knew? Of course not. Naturally it would have been much more easier for me to stay at home, wait for food to magically appear in the fridge, wake up with a neat stacks of freshly ironed clothes on my bed, be able to drive where I needed, have my dad around to help me every time something broke and I had no idea what tools to use and hug my mother every time something went wrong. Instead, I felt so deeply that I could not have in Romania the future I envisioned for myself that I moved to a country which I had not visited in 10  years, about which I did not know much, whose guttural language I did not speak and where I knew no one.

This is only one out of the 3.4 million stories. And it’s not just about those who are leaving, but about the millions who remain teared-eyed at the airport and who constantly wait for a text, a call, a skype message, anything.

If you thought the tragic emigration stories ended with those who went to Spain, Italy or France because the salaries in Romania were not high enough to feed their whole families, well, Romania is currently experiencing another wave of emigration: that of people who have graduated from higher education and who do not see themselves in the local professional opportunities and students who have chosen to go to universities in the United Kingdom, the United States, Denmark, the Netherlands etc., encouraged by a wider variety of options and better academic reputation. Parents, friends, office colleagues, close people – lots of them left.

Why did so many leave? Why did I leave?

Let’s start with a few facts: Romania has the third lowest European minimum wage, a net equivalent of 249 euros per month. That is less than what most part-time student interns get in the Western side of the continent. Also at European level, Romania is the country where most of the deaths that could have been avoided are recorded in hospitals, while also being the country that holds the record for teenage mothers aged 10-17. Moreover, Romania is among the slackers infrastructure-wise, with only 746 km of highway out of 86,000 km of roads (this was the reason for a recent protest, ignited after a businessman built the world’s shortest highway in order to highlight Government’s incompetence). In comparison, Spain, a country almost twice the size of Romania, has sixteen times more kilometres of highways. To top all of that, although Romania has some of the smartest pupils and students in Europe, it has the second-lowest education system on the continent, and it has been anchored in the same works and beliefs for decades. So with a nearly collapsing medical system, minimal investment in education, research and the future of young people, with wages that force people to manage multiple jobs at the same time and with a slow and cumbersome infrastructure development plan, maybe we should not be surprised by the latest surveys which illustrate that one in five Romanians aged 25 to 40 has lived and worked outside the country for a period longer than a year.

Obviously, the recent political instability does not help, the frequent Prime Minister switches in the last two years being detrimental to the consistency of government decisions and directions (we are currently under the third Prime Minister provided by the same party during the same mandate, if you have lost count). With each Government dissolved and restructured ahead of schedule, we get farther away from the balance necessary to bring the country back on its feet. Still, the current civic movement against corruption and power abuse proved that tens of thousands of Romanians are willing to protest in the cold, even at below 0 temperatures, in order to live in a better version of their country. This is certainly a positive and encouraging sign that Romanians have not yet given up and that increasingly more people realize that they need to make their voice heard and, more than that, take action.

Perhaps there is no war in Romania like in the images we see from the Middle East, but there is certainly a political war. And just like in a fairy tale, the Good and the Evil struggle for supremacy. The problem with the Romanian fairy tale is that we have no certainty that the Good will have enough powers to defeat the Evil, and the hero of the story is not to be found. Besides, to be honest, expecting a single hero to fight all the dragons and beat them is not realistic. In the contemporary Romanian fairy tale, we must all take the role of heroes if we want to continue to have a place we can call Home. After all, where is Home? And what does Home mean? The apartment or the house of one’s childhood? Our parents’ house? The bed to which we return in the evening? The place where we spend most of our time? The country where we pay taxes? Or Romania?

If we want Home to be somewhere in Romania, we must start taking steps to change the country in a place we can admire, in a place that makes returning a desirable option and in a place others respect and treat as a benchmark. How can we do that, you may ask? Consciously acting today so we behave better than yesterday. Adjusting our superior attitude because after all, no one is legally above someone else. Civically engaging in our neighbourhood, cities and communities – taking our country in our own hands. Making our representatives accountable. Participating in more or less comfortable discussions with people who do not share our opinion and trying to understand them. And most importantly, wherever we are, always going to vote.

Perhaps one day in the future, I will call Romania again My Home. And maybe that day I will say this proudly. With the pride of identifying myself with my country, its values ​​and its direction.

*composite cover image based on Google Maps (if it looks distorted it’s because Google Maps recently switched to a globe rendering instead of the flawed flat map – take that, flat earthers!)

IT boys and the Fashion Industry in 2017