5 things that happen when you are alone in Marrakesh 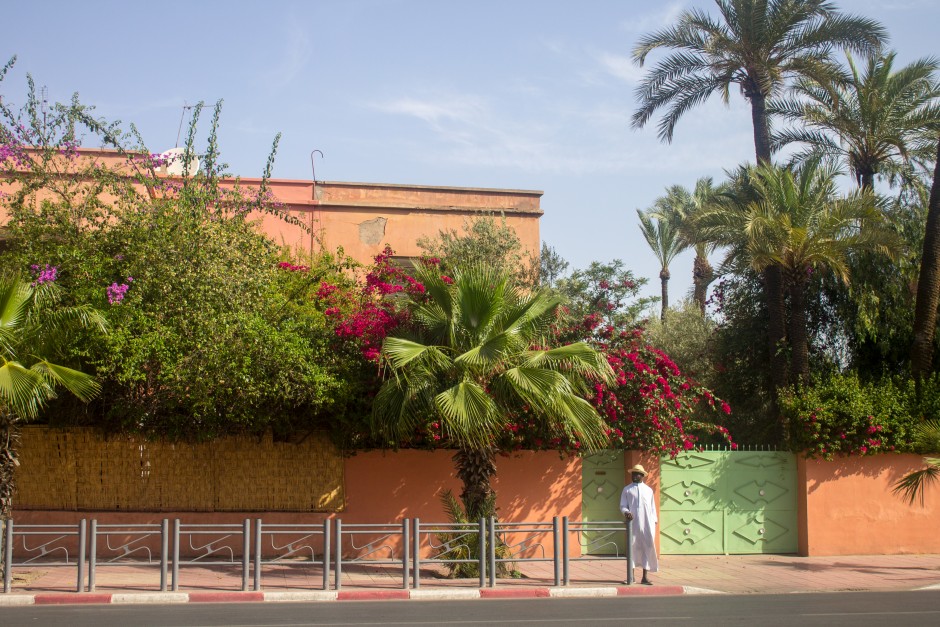 Four months ago I had the opportunity to go on a trip of a lifetime to Morocco. (Un)fortunately, things didn’t go as planned, so I ended up alone in Marrakesh.

Here is what I learned:

1. You have to adapt QUICKLY

Long story short, I was supposed to meet a group in Marrakesh and while I was waiting for my second flight in Lisbon, I got the message they were going to be 2 days late. There was no going back from there, so I had to adapt with the fact that I was going to be alone in a country I had never been before. Plus, not all stories and urban legends I heard were pink, so I wasn’t exactly confident, but I had to figure out how to survive there.

Which led me to avoid being scammed in the airport at the exchange office, negotiate the taxi fare, find a hotel I knew nothing about and argue in French with the receptionist because there was no reservation on my name. Fun times.

However, there was no plan B. And whenever this happens, you learn how to make the most out of plan A. Which leads me to my second point.

2. You are FREE to make your own schedule

Being alone in Marrakesh, I was able to wake up at whatever hour I wanted, take as much time as I needed for breakfast and walk as much as I wanted (12 km in one day, in case you were wondering). During my first solo day there,

It was a pretty light day.

3. You become more comfortable with being ALONE

Being alone is terribly uncomfortable and awkward if you are not used to it. But I feel that traveling by yourself can change that. For example, when you are alone, you have to ask your tour guide, your table neighbours or random strangers to take photos of you, so you learn little by little to step outside of your comfort zone and timidity and just ask someone. I was pretty hesitant at first, but when I remembered that I may never see those places again, I wanted some digital souvenirs to prove that I was once there.

Living alone in Amsterdam definitely helped, because I no longer felt weird being alone at cafes or restaurants or simply on a bench in a park. I feel like society pushes us a lot to be in groups or couples that we forget we should first know how be alone, so solo traveling may be a great idea for getting to know yourself better and for being OK with yourself. You’re the one who has to stand your own persona, so you’d better like it.

If you follow me on Instagram, you may remember seeing this photo back in April. The girl pictured is Sofia, a Spanish blogger whom I met at La Mamounia (we were all there just for the photos, don’t get too excited) and her energy and fun spirit were absolutely contagious.

I think this is an amazing example of how being open to talk to strangers (and take dozens of photos of them) can lead to great moments and friendships all over the world.

I have to admit, I never felt more empowered than during those days when I was alone in Morocco. I learned that being alone shouldn’t stop me from enjoying the beauty around me. Being alone actually gave me more time for reflection, which is something we do too rarely, especially when we travel. Blame it on the fact that I was alone, but my trip to Morocco was the most powerful and inspiring trip I have ever been on.

There was indeed one moment when I felt the power of this solo traveling trip. It was during one of the meals I had just by myself, in front of a mosque, when I was finishing my chicken tajine with candied lemons. That’s when I realized that I may have never been happier during a trip. I was 19, alone in a foreign country and I managed more than just to survive – I crafted a wondrous adventure for myself and I came back  to tell the story.

Here are some of my favourite photos:

Blue fountain in the Majorelle Gardens in Marrakesh

Light seen through a stained glass in the Bahia Palace

Raffia bags in the Rahba Kedima

Interior court of the Bahia Palace

Light stripes in one of Marrakesh’s souks

The view from the Jardin Secret

One of the ceilings at the Bahia Palace

Raffia bags in the Rahba Kedima

My newest acquisition: a raffia bag with a hand woven text

Hypnotizing shadows in the Badiî Palace

In the heart of the Carpathians

Back in Business + July Recommendations