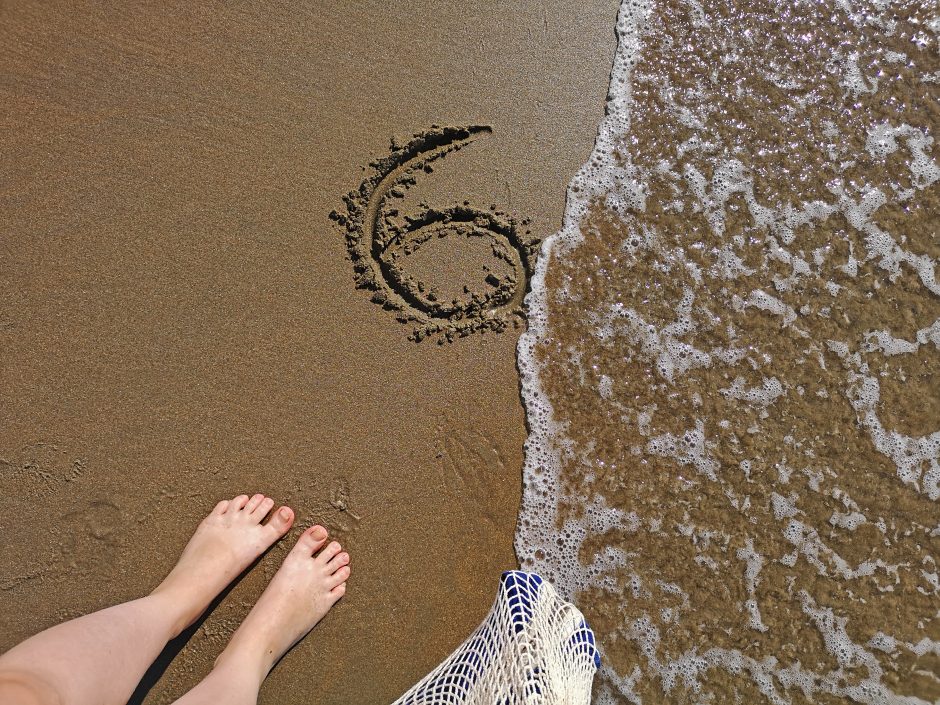 This time 6 years ago I opened my laptop and decided to start a blog. It was 2012 and people were opening blogs like crazy while sharing their links everywhere, from Facebook to Lookbook, Flickr and even Google+. They were fun times.

Although I felt there was a lot of content out there (silly me, I couldn’t have predicted the effects of social media and our current content invasion), I thought I could say something different.

In the beginning, I was sharing my outfits and pictures taken by my mom in our horribly lit house (which is how many bloggers started), my shopping hauls and various moodboards I made using pictures I found online (Pinterest was not that strong back then, so it was all up to Google Images for me). Later the shoots got a bit more complex, involving outfit changes and better locations around my hometown. You get the picture. I was a dreamy 14 year old teenager and I had this ambition to prove the people around me that even teenagers can be relevant in the fashion scene of Bucharest. I used to apply to go to as many events as I could, I went to many fashion and art courses and workshops, I got my first business cards when I was 15 and I started learning who is who in Romania.

Obviously, no one knew me (tbh, I don’t think many know me now either), but for me this didn’t matter because I was too excited to explore this new world.

My blog would remain fashion centered until 2015, which was also the year of the rebranding and the year I switched from Google Blogger to WordPress, which is why you won’t find on this site all the archives. So in 2015 traveling took on a more important role in my blog and I decided that posting outfits was not really what I wanted and that by then, too many people were doing this, so what I posted did not really stand out. So I started writing traveling posts where I would try and use my best pictures taken in holidays around Europe. Groundbreaking, I know. But for me at that time, this diversification felt like an important step and it represented a great reason to try and put out there even better content.

By the end of my highschool years I got an internship at Glamour and thought that I would return to my passion for fashion. But then after that summer, I moved to the Netherlands, forgot all about my fancy clothes (I’d sort of say #NoRegrets, but I do miss my dresses and my heels) and kind of forgot about that idea since I suddenly had so many other things on my plate.

My first year abroad was also the year in which I was the least active on my blog because I was struggling to understand who I was. Obviously, at that time I did not know this was happening inside my mind because I felt too excited about all the new things I was experiencing. At the same time, I was asking myself if we still need blogs and opinion pieces and if people would miss reading what I posted. It took me a while to reach the conclusion that for now writing is not dead and that maybe even more than ever, we need clear voices to guide us through the ocean of content surrounding us and to offer relevant and valuable perspectives, but it was only in late June 2017 that I had an epiphany of what I wanted to do next.

If when I was 8 I wanted to be a model, by the time I was 19 I realized that what I really wanted to be was a role model, a person who would do good and inspire others to have their own lasting positive impact. And so a new concept for the blog starting taking shape.

Meanwhile, during the same summer vacation and after a year from my Glamour internship, I returned to my fashion roots by joining ELLE as an intern, and later, as a contributing editor for their print issues. I never thought I would end up writing for such magazine, let alone do that before my 20s, and the reason why I probably doubted myself was that I rarely got feedback for the articles I uploaded on my blog in the years before. More than that, writing in ELLE was a different thing than posting on my blog. I couldn’t unpublish something, I couldn’t edit what I wrote after the issue was sent to the printing house and there was actually an audience reading what I was writing. However, this only motivated me more to strive to write the best articles and eventually, I started receiving those messages I was once writing myself in which I was congratulating an article author for the piece.

And while my second year at university did not have the best start, I somehow managed to push through all the challenges, or ignore them until I was ready to face them, and arrive in this point from which I am writing this right now.

I have never been happier, more content with my life and with my decisions, I never felt better in my own skin and mind and if my 14 year old self would have had a magic mirror to see who she would become in only 6 years, I am sure she would not have believed it. In a way, neither do I. I am definitely proud of the things I have achieved and I am even prouder of all the things I have achieved by myself. And as I am writing this from a sunny beach, I don’t think I have done a bad job.

Cheers to six more years of writing, publishing and even consulting (yes, you read that well, I am branching out into digital communications consultancy, but more about that soon)!

You’ve got it all wrong